You are here: Home / Uncategorized / The Fairytale Wedding and the Nightmare Marriage
Share this... 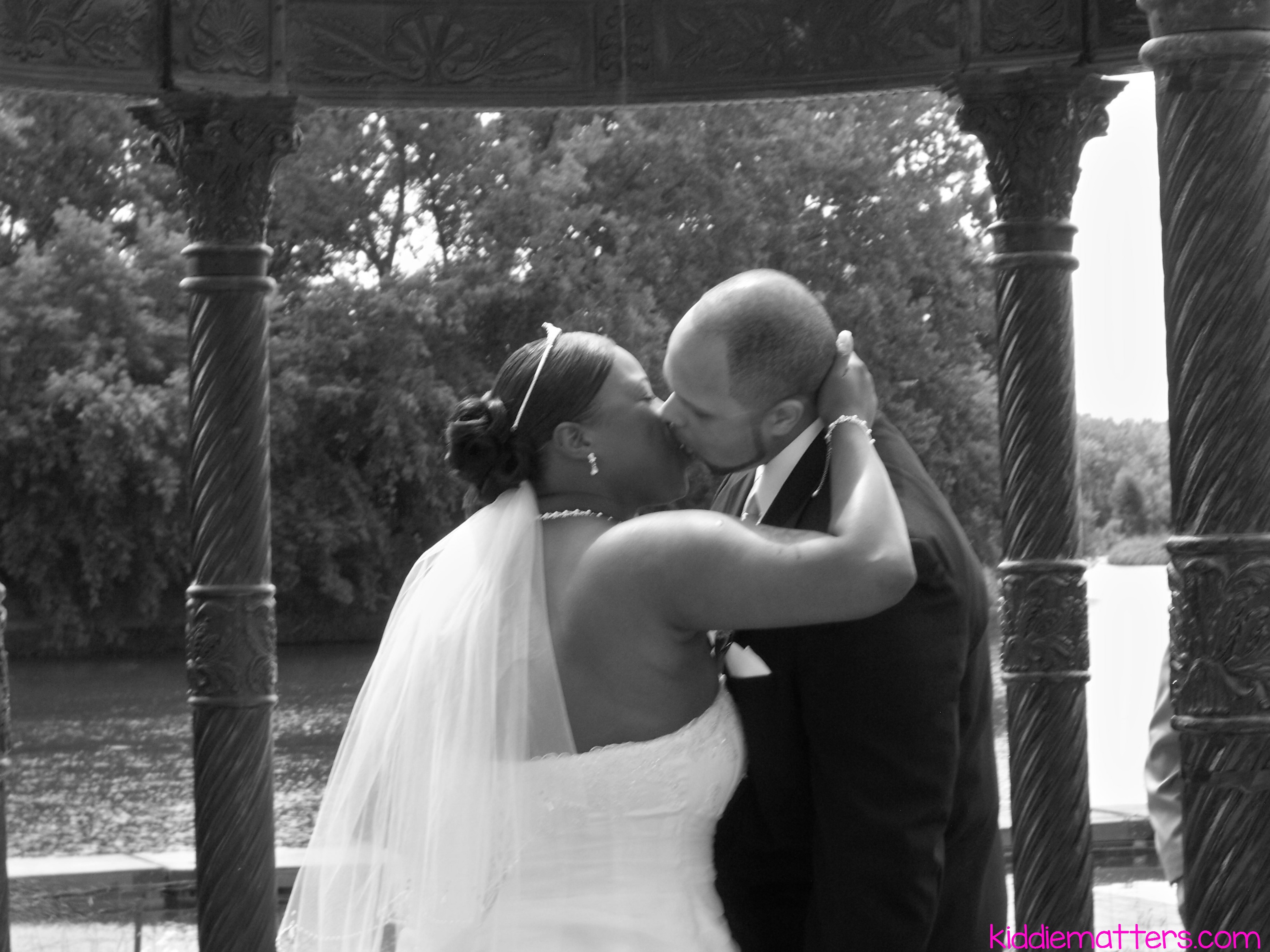 Recently my girlfriend and I were chatting about our kids and our husbands and she shared how she wished her marriage was as perfect as mine.  I was taken a back because my marriage is a lot of things, but perfect it is not!  If she knew my husband and I right after we were married, she certainly would not characterize my marriage as ‘perfect.’

During that first year, past relationship baggage and my idealistic expectations of what a husband is supposed to be, had us both wondering if tying the knot had been the right thing to do.

See, as a little girl I watched my mother wait for hours for my step dad to come home. I could always tell when things were amiss. Dinner time would near, my dad was a no-show, and mom would start pacing. She got frantic, yelling at us kids to do this or that chore. We could feel the tension brewing. We walked on egg shells as the minutes ticked by and my dad still wasn’t home. We knew that the minute he walked through the door, chaos would ensue and we would be left to pick up the pieces.

My parents did this dysfunctional dance for over twenty years.  My mother contends that she did it for us kids.  However, if she had asked my siblings and I, we would have unanimously agreed that soaking in hot lava would have been better than listening to them fuss and fight for more than a decade.

Living through my parent’s failed marriage made me doubt relationships and I developed major trust issues.  However, I felt a certain lack in my life that I believed could only be filled by being in a relationship.  I went on a quest to find Prince Charming so he could restore my hope in happily ever after.

After years of kissing many, many, frogs, I landed my prince and we got engaged. I was on cloud nine. I planned the perfect garden wedding with a well-crafted soundtrack. No detail was left out and the day went better than planned. Finally, I had everything I wanted. I was well on my way to replacing the ugly scars being from a broken home leaves behind with the magic of my new found fairytale.

Yeah, except for one thing. I was not prepared for all the work and compromise that being married entails. The bickering started right away. Do you have to hog all the covers? Why are you turning down the heat, did it occur to you that I was cold? Why do I have to cook dinner every night? What’s wrong with your hands? He’s your son too you know, it wouldn’t kill you to give him a bath. How come we don’t spend time together anymore? Are you seeing someone else? Oh, so this is my fault? Well this is me and you’re not going to change me.

That first year we would argue and make up, argue and make up until we got to the point where we were arguing more than we were making up. I wasn’t prepared for the hard work of being in a marriage.  Sure the fairy tale wedding I could do. But this real life marriage thing, I wasn’t sure I was equipped to deal with. The whole compromising thing where I couldn’t have things go my way all the time made absolutely no sense to me. Every fiber in my body rebelled. My marriage wasn’t living up to my expectations and resentment started to brew.

There were days where I couldn’t stand to look at my husband. The way he shoveled food into his mouth bothered me. I hated his laugh and at night when he snored I contemplated smothering him with a pillow just to shut him up! I hated him for not giving me my happy ending. We were both disappointed with each other and lacked the skills to communicate what was really bothering us.

I was too afraid to tell my husband that I was scared he would turn into my step dad. I was afraid he wouldn’t honor his vows. What if I couldn’t handle the pressures of being married and raising a family? What if I wasn’t wife material? It was much easier to push him away than to face my fears. Or worse yet, have him leave me first.

I almost let fear and unreasonable expectations ruin my marriage. I wanted my husband to rewrite history and give me all the love and validation I lacked growing up. I didn’t show up at the altar his equal. I went their broken and expected that his love would fix me and make me whole. When this did not go according to plan, naturally it was his fault and he became man number 110 that had disappointed me.

This wasn’t the plot in any romance novel I read! It didn’t take long for our relationship problems to spill over onto our son who was five at the time. When he told me that he was worried mommy and daddy would get a divorce, I realized that I was repeating history and my son was being sacrificed as collateral damage.

That was the only wake-up call I needed. I didn’t want my son to develop a jaded view of marriage and relationships the way I had. Our children are our first priority and it is important to us that they witness a healthy relationship so they can develop realistic expectations of what being married entails.

My husband and I are now a month away from our sixth wedding anniversary.  Our marriage is still far from being a fairytale. In many ways I’m still insecure about my ability to be a good wife. We still bicker and his snoring still annoys the crap out of me. But he loves me in spite of my flaws and I love him in spite of his. We found a groove that works for us instead of trying to live up to some unrealistic expectation. Who knows what the future holds. The only thing that matters is that we are both committed to making each other happy.

So no, we don’t have the perfect marriage, we have the marriage that works for us.

Linked up at Brilliant Blog Posts