You are here: Home / Positive Parenting Tips / How To Get Kids Motivated Without Using Bribes And Rewards
Share this... 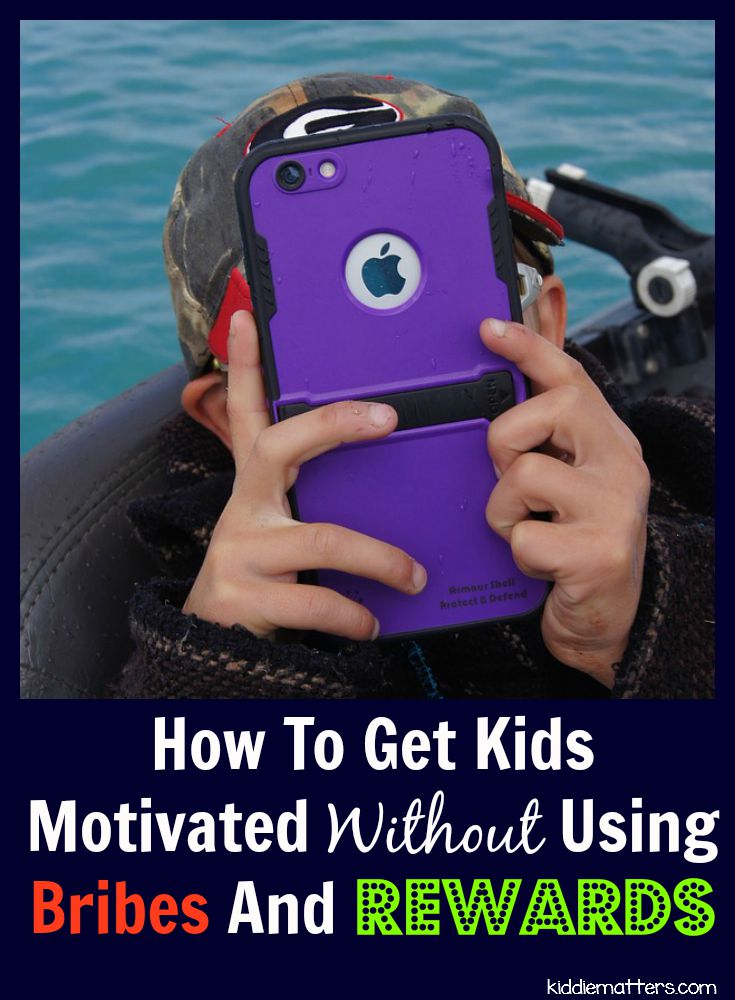 “If you finish your homework on time, I will buy you ice cream.”
“If you behave at school, you can pick out a toy when we go to the store.”
“Stop calling your sister names and you can play with my phone.”
“Read 10 books this summer and you can go to the movies with your friends.”

Does any of this sound familiar? Many parents at some point or another use bribes and rewards to motivate their children. However, there are consequences to using these tactics

The problem with bribes

Parents often use bribes to get their children to stop doing something undesirable. For example, my youngest son hates doing homework and every night he throws a tantrum when it’s time to complete his work. Out of desperation and to avoid his melt downs, I bargain with him that he can play video games if he does his homework without screaming bloody murder. Once he hears that magical promise, the tears disappear and he finishes his homework in lightning speed. Mission accomplished, right? Wrong.
The minute I bribed my son I showed him the power of his tantrum. I rewarded his bad behavior and taught him that if he screams loud enough, he will get rewarded.

Bribes may seem to solve the problem in the short term. However, using bribes on a regular basis not only reinforces unwanted behaviors, it can also create a sense of entitlement in children.

Are rewards better than bribes?

Rewards might have a better connotation than bribes, but when used in excess, the outcome is the same. Over the years, I’ve created many reward charts to shape the desired behavior I wanted from my own children and also with the children I worked with. These charts were effective until they earned their first reward. After that, the results were mixed. In some cases, once the reward was removed, the desired behavior ended.

Another problem I found with doling out too much reward was that many children started expecting rewards for behaviors they should do regardless of getting a prize, such as using good manners, following the rules, and respecting others. In addition, when children are constantly rewarded, sometimes they develop a belief that they should only do things that they will be rewarded for.

So is there an alternative to bribes and rewards? Yes. Intrinsic motivation.

Let’s face it, when kids get older, they will not be rewarded for every little thing they do. If they are motivated solely by rewards, they might have a difficult time adjusting and doing things on their own. This is why intrinsic motivation is so important.

Intrinsic motivation is when someone does something for the inherent pleasure they find in the activity or task itself. For example, a child might not need any prodding to practice soccer because they enjoy playing the game and will play because it makes them feel good.

Here are some things I do to foster intrinsic motivation in my children:

1. Encourage them to set their own realistic and achievable goals. When a child is able to set goals and take steps to reach them, it teaches them self-determination. It also shows them that their choices have a direct impact on whether or not they fail or succeed.

2. Create an environment that nurtures their self-worth and self-confidence. When a child believes in them self and their abilities, they are more likely to be motivated to do things without having a carrot dangled in front of them.

3. Discuss with them how they feel when they are successful. Have children explain how their success makes them feel. You want your child to be able to recognize their positive feelings as a reward in itself.

4. Limit external motivations. As I mentioned before, bribes and rewards might work short term. However, sometimes children become accustomed to getting rewards and are unable or unwilling to complete a desired task in the absence of a prize or treat.

5. Praise your child’s success. Be specific and let them know exactly what they did that is praiseworthy. Praise builds confidence and it also encourages children to believe in their own capabilities. When children believe in themselves and their abilities, they are more likely to be motivated intrinsically and don’t have to rely on bribes and rewards to perform.

Now I’m not saying you can’t ever use bribes and rewards to motivate children. The key is to use them in moderation because when used in excess, they minimize children’s intrinsic motivation. When a child lacks the ability to motivate them self, it becomes increasingly more difficult for them to reach their full potential.

Do bribes and rewards work for you?