You are here: Home / Positive Parenting Tips / 6 Tips For Transitioning Co-Sleepers
Share this... 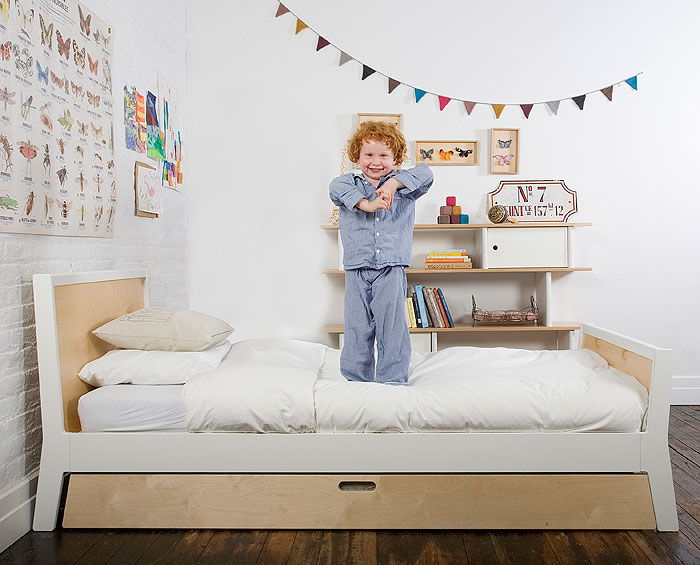 I made the decision to have our children co-sleep with us the minute they came home from the hospital. Not because I subscribe to any particular parenting philosophy, but simply because that’s what my mom did with me. She was a single mom at nineteen living with her grandmother. There was limited space so she had no choice but to have me in the bed with her. We shared a bed until I was probably 7!

I have some of the best memories of snuggling with my mom and feeling safe and secure next to her. Naturally, I wanted to share a similar experience with my children. When they were infants, I didn’t have the heart to send them off to sleep in a lonely cage of a crib while I slumbered away with my husband in a queen size bed. Having them sleep next to me was comforting. I could watch the rise and fall of their chest and know that they were still breathing. When it got really quiet I could listen to the sweet thump thump of their little hearts beating. Nothing felt sweeter than their chubby little hands against my cheek.

But they are old now.

My son is six and although we put him to sleep in his own bed, most nights he sneaks into our room like a stealth ninja to sleep with us. My daughter’s once sweet, soft breathing now sounds like hyenas crying as she snores the night away. Those chubby little hands are far from gentle when they poke me in the eye. My bed is no longer safe and secure as I am assaulted with elbows, knees, and fingers on a nightly basis. Every morning I wake up dangling off the side of the bed as my daughter spreads out horizontally between my husband and I. It’s madness.

Even though my son transitioned to his own room three years ago, something clearly isn’t working. I’ve decided to re-transition him in a more structured and planned way. Here are some tips I found useful.

What are some tips you have for transitioning co-sleepers to their own beds? (Image:Ouef)