Cognitive skills are the core skills our brain uses to learn, think, read, and pay attention. These are skills children need to develop in order to succeed in school and eventually the work place. For the purposes of this website, we will be focusing on a particular set of cognitive skills. Namely, those related to executive functioning.

What is Executive Functioning? 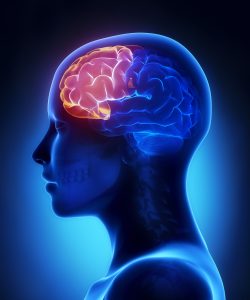 According to Harvard University’s Center on the Developing Child, executive functions are a set of brain-based skills that allow us to plan, organize concentrate, remember instructions, and multi-task. They also enable us to practice self-control.

Executive functions are often referred to as the CEO of the brain because they serve a command and control function. These set of skills are in charge of making sure that we complete the tasks we set out to accomplish from beginning to end.

When kids have problems with executive functioning, they struggle to complete tasks that requires them to focus, plan, organize, recall prior knowledge, and to demonstrate flexible thinking. Take a look at the following case example:

Fred’s math teacher, Ms. Smith, assigns a review packet to help students prepare for the Algebra midterm. She allows everyone to work on the packet during class. While working on his packet, Fred gets distracted by two classmates talking.

He tries to focus on completing the first question in the packet, but is preoccupied with the side conversations going on around him.

Fred can’t seem to settle the thoughts racing through his head. What’s for lunch? What basketball team am I playing this weekend? Where did I put my uniform? Then a classmate asks him “Did you study for the spelling test?”

“What spelling test?” asked Fred. “The one we have next period,” whispered his classmate. Fred vaguely remembers his English teacher mentioning something about a test. However, he had no clue the test was today.

Fred starts to panic. He didn’t do well on the last spelling test. He knew his parents would be furious if he failed again.

The test was in twenty minutes. There’s no way I’m going to pass that test, Fred thought to himself. He knew his parents would take away his cell phone if he failed again. He didn’t want to lose phone privileges, but he had no idea how he could pass his spelling test.

Fred got lost in thought worrying about how his parents would react if he failed his test. The bell rang and jolted him back into the present moment. Oh crap, class is over, thought Fred. He looks down at his packet. He had only completed two problems!

The teacher gives Fred extra time to finish the review packet at home. Fred brings the packet to his locker and stuffs it in between two books.

The next day, Ms. Smith asks for the packet. Uh-oh. Fred starts freaking out. He completely forgot he had to finish his review packet! This was the third time that week that Fred forgot to do his work. “You have detention after school Fred,” said his teacher. Fred feels Ms. Smith is being unreasonable. “I didn’t forget to do it on purpose!”he yells. Nevertheless, Fred still had detention.

When Fred gets to detention, he realizes he didn’t bring a pencil. He asks the teacher supervising detention for one. “Sorry, I only have pens,” replied the teacher.

Despite the teacher repeating to Fred that he didn’t have a pencil, Fred continued to get angry. The teacher had to threaten to kick him out of detention for Fred to settle down. Fred reluctantly takes the pen and starts doing the review packet. However, when Fred gets to the word problems, his mind goes blank.

Fred can’t remember all the steps he needs to take to solve the problem. Some steps he knows, but he can’t remember the order they go in. He tries his best to answer the questions with what little information he recalls.

After detention, Fred decides to put his math packet in his desk. On the way to his classroom, he sees his friends playing basketball. Fred puts the packet down on the floor to play with them. Once the game ends, Fred heads home. Just one thing. He forgets to grab the math packet off the ground!

If you work with or care for kids, you’ve likely come across a version of Forgetful Fred. Sometimes it can feel like their forgetfulness is deliberate. However, for some kids, they truly are that forgetful and disorganized. Chances are, these kids are having problems with executive functioning.

Although some researchers and practitioners use slight differences in terminology to describe the cognitive skills that are responsible for executive functioning, the overall concept remains the same.

The following are the skills most experts consider crucial to executive functioning:

• Impulse Control: Impulse control refers to our ability to stop and think before taking action. Children who exhibit impulse control are able to pause and assess what impact their actions will have on them and others. This doesn’t have to be a long drawn out pause. Usually it happens over a matter of seconds.

In Fred’s case, it would’ve served him better to pause for a minute to assess if playing basketball right then was a good idea.

• Emotion Control: This refers to our ability to manage our emotions by focusing on the task at hand. Kids with strong emotional control are able to manage their emotions even when under pressure. They don’t let their feelings stop them from getting the job done.

However, when kids lack emotional control, they are easily overwhelmed by their emotions. For instance, in the case example above, Fred was unable to finish his work because he was worried about failing his spelling test. He also lost control when he was given a pen instead of a pencil.

• Mental Flexibility: Being mentally flexible allows kids to respond to a situation that doesn’t go as planned. Sometimes even when we have the best plans in place, things don’t go the way we want them to. It’s important for kids to accept this and adapt to changing situations.

Kids who are rigid in their thinking get stuck on things being only one way. They don’t know how to adapt when situations don’t go the way they expect them to go. They panic and are unable to find alternate solutions.

For instance, when Fred was asked to use a pen, he freaked out because he felt he had to use a pen. He was unable to adapt and roll with the flow.

• Working Memory: Working memory refers to our ability to use information we learned previously to complete a task in the moment. Our working memory is like a notepad on which we write down information to use later.

When kids have weak working memory skills, they have a hard time following directions, completing multi-step problems, and remembering details.

This is Fred to a T! As soon as he receives information it flows right out of his head. This makes it difficult for him to finish math problems that require him to use prior knowledge and specific steps to solve problems.

• Planning: Planning refers to our ability to create action steps in order to complete a task. Thank goodness for our ability to plan. Otherwise we would be a bunch of wishful thinkers hoping and wishing the job gets done. Kids who develop action steps for themselves are more likely to get the job done.

Kids who lack the skills needed to make plans, struggle with starting projects and easily become overwhelmed with all that they have to do.

For example, because Fred didn’t have a plan in place to prepare for his spelling or math test, he didn’t have enough time to study.  His lack of planning made him fail tests and forget to complete assignments.

• Organization: When kids are organized they are able to keep track of important information. Disorganized kids, think forgetful Fred, tend to misplace or lose things. It doesn’t matter how much you chastise them, they just can’t get it together.

Their desks are usually messy. Their lockers tend to be jammed packed with stuff…books, clothes, old assignments, and (the unused locker organizers that mom gave them).

In Fred’s case, if he had written down his assignments, he probably would’ve remembered he had a spelling test.

• Self-Monitoring: Self-monitoring is our ability to assess our behavior. It’s when we ask ourselves, How am I doing? Kids who self-monitor know their strengths and limitations. This allows them to make decisions that will enhance who they are.

Despite Fred misplacing his work, he has little to no insight into how his forgetfulness is impacting him. Instead, he blames his teacher for being unreasonable. You can’t change what you don’t acknowledge.

For example a two year old who lacks self-control might throw a temper tantrum when they are mad. Typically this happens because they are still learning how to express their feelings with words. If a ten year old displays the same behavior, it’s worth exploring why they are struggling with emotional control.

The good news is that the brain continues to grow and develop connections well into adulthood. Research indicates that because physical changes in the brain and life experiences both influence executive functions, there’s always an opportunity to strengthen weak executive functioning skills.

The following are some articles with ideas and suggestions for helping children strengthen their executive functioning skills.

Teaching Kids How To Set Goals and Use a Vision Board